Sermons on the Incarnation † 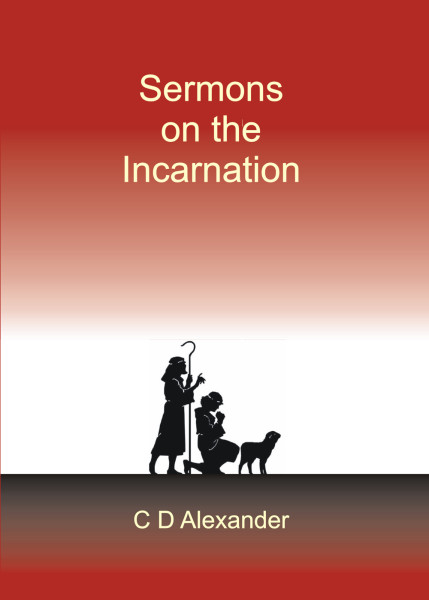 This book is the second production of the Bible Exposition Fellowship as it seeks to bring before a wider audience a serious approach to an understanding of the Word of God through the ministry of His late servant, Charles David Alexander of Liverpool.

This volume seeks to bring together a number of sermons preached on the subject of the ‘Incarnation’. While they do not comprise a series in the accepted sense of the word since they were preached at different times and in different places, they nevertheless deal with this glorious and much neglected truth. In seeking to avoid the excesses of the world in its festive celebrations, the Church has tended to avoid the glories of the incarnation. That is an error to which C D Alexander was never prone, and there remain many of God’s saints who well remember looking forward to Advent and Christmas simply because of the glorious ministry which would be ours. It is that ministry which we now seek to bring to a wider audience, or rather not the ministry, but the glorious subject of the ministry.

Be the first to review “Sermons on the Incarnation †” Cancel reply