Sermons in Times of Persecution in Scotland – Covenanters 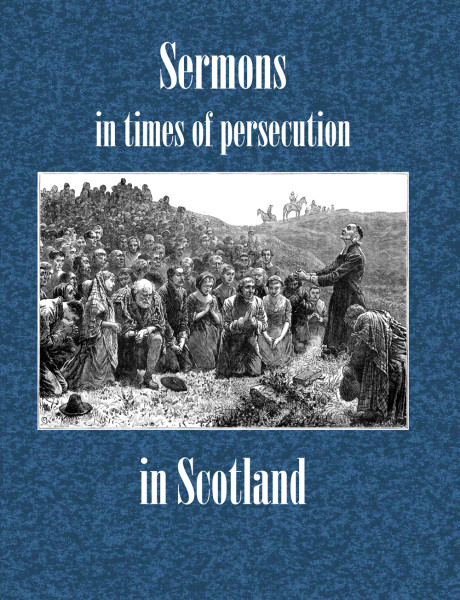 On the last day of February, 1638, within the Greyfriars Churchyard, Edinburgh, noblemen, barons, gentlemen, ministers, and commoners renewed Scotland’s Covenant with God… Towards the close of the same year, a General Assembly of the Church-the first Free Assembly for forty years-was convened in Glasgow. Undeterred by the threats of the Sovereign, that Assembly overthrew all the innovations which Prelacy had intruded upon the Church, and restored to the Church all the attainments reached during the First Reformation, and heroically asserted her liberties under her own and only Sovereign-King Jesus…

A day which promised to shine brightly and endure long, then dawned upon the British Isles. The thick darkness had been driven away at the approach of the Sun of Righteousness, who arose with healing in His wings. But bright hopes were doomed to bitter disappointment. The midst of the day had been but well nigh reached when murky clouds eclipsed its brightness and thunder began to roll. Bent upon his idol of absolute authority, the Stuart sovereign, breaking audaciously the most solemn vows, employed the nation’s arms to reduce to the most abject subjection the defenders of the nation’s constitution and liberties. Upon the anvil of the Covenanters, with blows repeated with force ever more brutal, was the hammer of royal tyranny made to fall. Unfurling their blue banner, with its inscription in gold ‘For Christ’s Crown and Covenant’ the country’s patriots confronted in the field of battle the forces of the country’s king.

‘They lived unknown,
Till persecution dragged them into fame,
And chased them up to heaven.’

It was in those ‘Killing Times’ that the sermons that follow were delivered. In various ways did their authors suffer because they could not consent that Christ should be robbed of His crowns, and His crowns set upon the head of an earthly despot. Many of the sermons were delivered at conventicles, while scouts were stationed to give the congregations notice should the royal troops appear.

— From the Introductory Note.