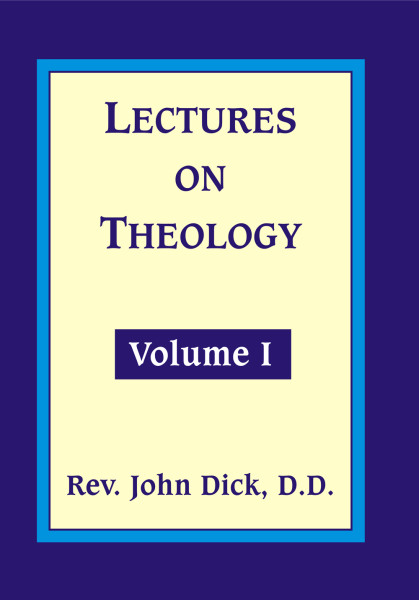 John Dick (1764-1833) was an eminent divine among the Scottish Secession church. He served as a notable minister and became an important professor of theology among the Scots. These Lectures comprise a body of divinity that was highly celebrated not only in Scotland, but also in the United States. It was accepted by Archibald Alexander of Princeton Seminary as one of the best works on systematic theology in the English language. This reprinting of Lectures in Theology is taken from the second edition, published at Edinburgh in 1838.