Rise of the Huguenots of France, The (2 vols) 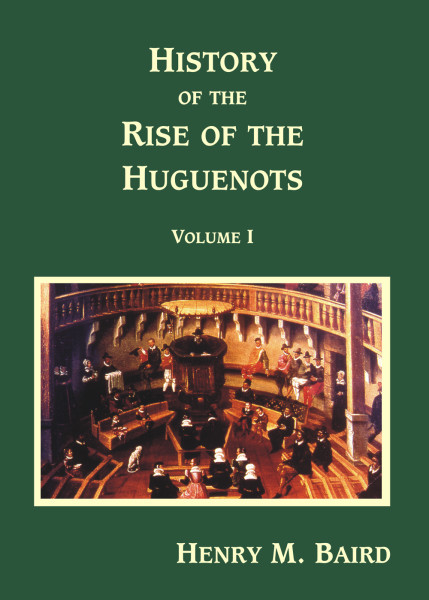 This two volume hardback set forms the first part of Baird’s history of the Huguentos. His work, which appeared in three parts, entitled respectively History of the Rise of the Huguenots of France (2 vols, 1879), The Huguenots and Henry of Navarre (2 vols, 1886), and The Huguenots and the Revocation of the Edict of Nantes (2 vols, 1895), is described by the 1911 Encyclopedia Britannica as being “characterized by painstaking thoroughness, by a judicial temper, and by scholarship of a high order”.

Henry Martyn Baird (1832-1906), American historian and educationalist, was a son of Robert Baird (1798-1863), a Presbyterian preacher and author who worked both in the United States and in Europe for the cause of temperance, was born in Philadelphia, Pennsylvania, on January 17 1832.

He spent eight years of his early youth with his father in Paris and Geneva, and in 1850 graduated at New York University. He then lived for two years in Italy and Greece, was a student in the Union Theological Seminary in New York City from 1853 to 1855, and in 1856 graduated at the Princeton Theological Seminary. He was a tutor for four years in the College of New Jersey (now Princeton University), and from 1859 until his death was professor of Greek language and literature in New York University.

Be the first to review “Rise of the Huguenots of France, The (2 vols)” Cancel reply