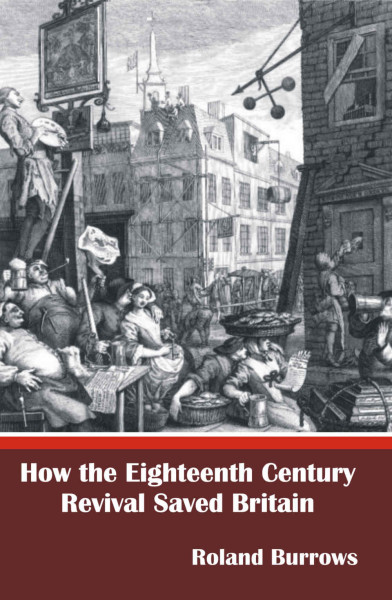 A few years ago I was asked if I knew of a book on the subject of how the 18th Century Evangelical Revival saved Britain? I knew of no such title, but was however aware of John Wesley Bready’s England Before and After Wesley, and of Ernest Rattenbury’s Wesley’s Legacy to the World. I was also conscious that there was ample scattered reference to the subject in the fairly large collection of books I had gathered over the years.

This work is an attempt to set out in popular form some of that information. I have used the word miscellany in the subtitle because alongside my own summary of the material I have included where possible, extracts from other authors, whose specialist works have a direct bearing on the subject.
________________________________
Roland Burrows was born in Grappenhall, near Warrington, and brought up in Runcorn, Cheshire. After 10 years teaching in the West Midlands, he was called into the ministry, studying at The London Reformed Baptist Seminary and the London Theological Seminary.  Spending 13 years in his first pastorate in rural Suffolk, he returned to the Midlands where he is now the minister of Ebenezer Baptist Chapel, Old Hill.  He is currently on the Council of the Protestant Truth Society and a member of the General Committee of the Trinitarian Bible Society.

“For the earnest Christian, there are few more encouraging times than the eighteenth century in which God worked so mightily. Perhaps one of the greatest encouragements is to see how bad the times were just before the Spirit of God broke in upon our land. We are sometimes tempted to believe that things are so bad in our day that it just would not be possible to see a great work of God. In some ways things were worse then, but God’s people made the discovery that there is nothing too hard for the Lord. The speed in which the Revival took off, and began to blaze all over the land is quite breathtaking. In a day when many professing Christians know little of these things, such a book as this needs to be read.

It is not a detailed account of events but rather a very helpful overview. The early chapters give a clear picture of some of the men who supported John Wesley and his carrying the gospel to the working population of our land. The ordinary man heard the extraordinary gospel in a way not known on such a scale before.”
Alun McNabb