History of the Puritans (3 vols) 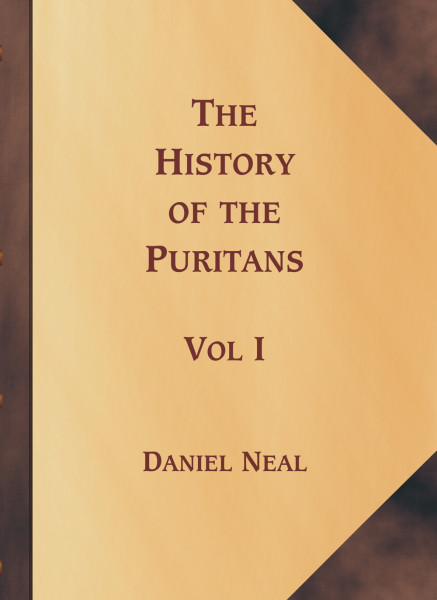 Daniel Neal (1678-1743) was an English historian, born in London on December 14, 1678. He was educated at the Merchant Taylors’ School and at the universities of Utrecht and Leiden. In 1704 he became assistant minister, and in 1706 sole minister, of an Independent congregation in Aldersgate Street, and afterwards in Jewin Street, London, where he remained until his death on April 4, 1743. He married Elizabeth Lardner (d. 1748), by whom he had one son, Nathanael, and two daughters. In 1720 he published The History of New England, which obtained for him an honorary Master of Arts from Harvard. He also undertook to assist Dr. John Evans (1680-1730) in writing a history of Nonconformity. Evans, however, died in 1730, and, making use of his papers for the period before 1640, Neal wrote the whole of the work himself.

The History of the Puritans deals with the time between the Reformation and 1689, the first volume appearing in 1732, and the fourth and last in 1738. The first volume was attacked in 1733 by Isaac Maddox (1697-1759), afterwards Bishop of Saint Asaph and of Worcester, to whom Neal replied in a pamphlet, A Review of the Principal Facts Objected to in the First Volume of the History of the Puritans; and the remaining volumes by Zachary Grey (1688-1766), to whom the author made no reply, leaving the response for his posthumous editors.

There were several editions of Neal’s History of the Puritans, but the best was the corrected Toulmin’s edition, published in London 1837 (and here reprinted). As one who lived during the era of the Puritans, Neal’s history should be regarded as an authoritative and comprehensive account of one of the most remarkable bodies of men that ever appeared in the world.